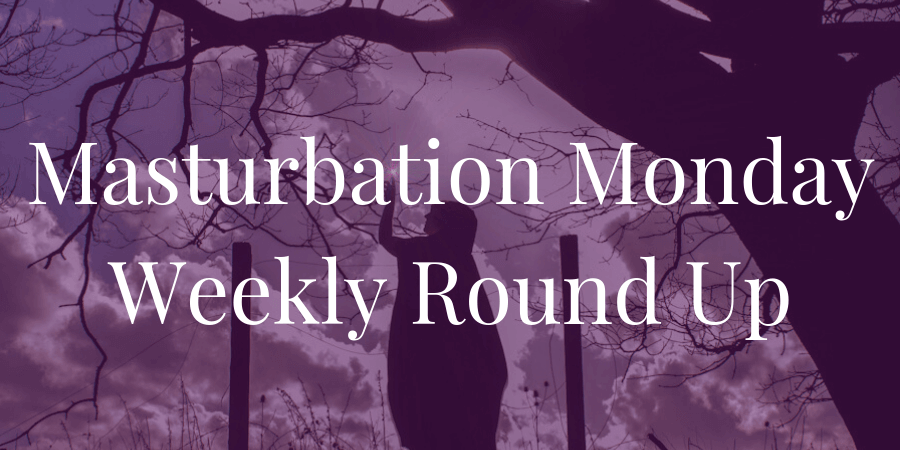 All this results in tales, photographs, shared experiences and opinions that offer so much variety, there really is something for everyone here. And at this time of year, there’s so much here for me personally I’ve been like a kid in a sweet shop reading through all these posts. Every piece has something about it that I loved, but these are my favorite three…

For me, it’s the little details that pull me into a story, and there’s so much of that here. The weight of the stone, its texture beneath Agatha’s fingers and that it cuts her palm. The sound of it hitting Father Brock’s head and the self-destructive thoughts it triggers in Agatha. And then, of course, there’s this line; the tentacle at her cunt thrust suddenly inside, suckers bumping along her walls as the one in her ass moved in unison.

The crunch of bone shattering and splintering inside Father Brock’s head was the most satisfying sound Agatha had heard in her life. It made her wriggle a little at the thought of his brain being turned to mush inside. As she saw him wobble she grinned, licking her lips, and raised the stone a second time between both her cracked and bloodied hands, then brought it down with a pop, almost losing her grip on the slippery surface. Keep reading.

The Crow’s Whore by Floss Does Life

This is black and wicked, and I loved it so much. Love spells that ensnare the unwilling are probably supposed to be uncomfy to read about, but this one made me cackle with glee, and the twist at the end was chilling. And I can’t even begin to tell you about the shivers I got when my mind excitedly presented me with the image that this story inspired in Floss.

She had admired him from afar for a long time. When she finally had the chance to engage him in conversation her admiration grew and so did her longing to be with him. She was disappointed that he seemed a little reticent to join her for dinner, and even more so when after eventually dining with her he didn’t seem as captivated by her as she was by him. She knew what had to be done though, it had been a long time since she yearned for a man’s attention in this way and she wasn’t about to let a little disinterest stop her from getting what she wanted. Keep reading.

Oh. My. This is such a beautiful piece I think I’ve fallen a little bit in love with it. My own approach to spooky erotica is akin to driving a truck full tilt into a wall, but this is dreamy and eerie, so gently built up it makes the sexy parts leap out in the most shocking way. Then that ending brought the small twisted trees to focus and the realization of what they were was just magical!

He’d always had a particular fascination with old, forgotten cemeteries. It was less about the peace he found in isolation and more about the history and long silenced tales from centuries past and the life stories and secrets buried within the crumbling tombs. As a taphophile he’d spend hours traveling the country, searching out these overgrown and neglected relics to research and thus revive their presence, feeding his appreciation of the forgotten art of memorial stone carving. He found a poignant romance in the mausoleums and mysterious symbols that adorned final resting places. Places that retained the sentimentality that only old headstones possess, and the echos of the hands that created them and the remains of the souls that lay beneath. Keep reading.

A big thanks to Scandarella for choosing the top three this week, and to Molly Moore for inspiring such spooky smut!