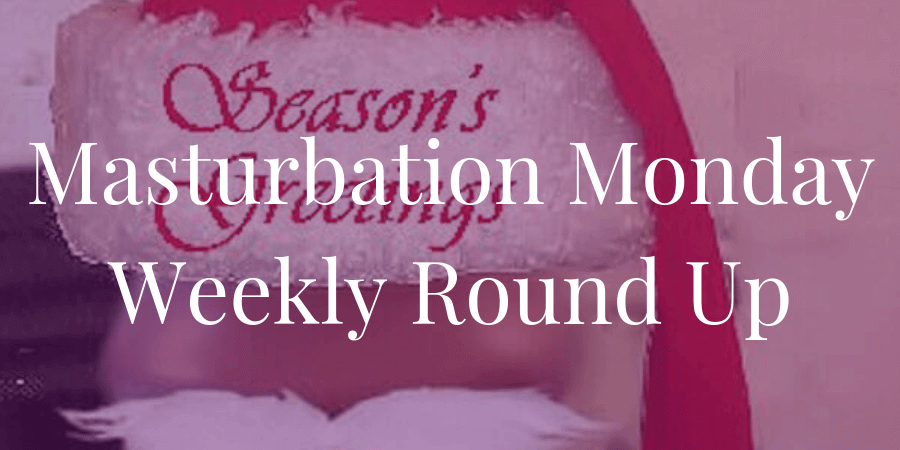 I am so massively late with this roundup but with the holidays and traveling, it just worked out that way. The roundup for week 226 may be equally as late. Ah well, this is me giving up my own ridiculous ideas of perfection.

But since the roundup is late and it’s still (technically) the holiday season, I broke my own rules. Instead of a top three roundup, I chose all the posts that hit my buttons (in a good way) this week. I might do that again next week…because I’m a rebel like that!

“So, have you been naughty or nice?”

The voice from the doorway surprises me from my book-trance. I look up at him framed against the hallway fairy lights. Pause. Raise an eyebrow. One side of my mouth twitches at the corner. Keep reading.

The hot friction of the carpet burns my bare back as I am pushed back and forth against it. Already tenderised by the licks of his flogger the blistering heat compounds the sensation overload that holds me captive. I’m trapped in that space between pain and pleasure, agony and ecstasy, unable to tolerate being suspended here for much longer yet seemingly unable to tip over into the relief of the other. His voice is the only thing that anchors me in this neverland, that and the large dildo relentlessly sliding in and out of me under the wand pressed firmly against my clit. Keep reading.

Adonis and Ragnar the Magnificent by Dr. J

Dr. J wrote this bit of smutty deliciousness for her friend — and I think we should all be glad she’s such a damn good friend.

I watched Red fall into absolute rapture. My teeth in her skin sent her there. This woman with her responses caused me to burn. Her sounds and fruity scents were my kryptonite. Sometimes it pissed me off when she thought I didn’t listen to her wants, but I’d make my point with these fingers, along with other actions and she’d know. Keep reading.

Harry backed up against the wall, his hands settled on Damaris’s hips. She looked in his eyes, and kissed his neck over and over, chewing on his skin which aroused him beyond arousal.

“You have always been so nice to me, no one else…would be like you are being to me. If they saw me,” she said nibbling on his neck. Keep reading.

Some kinky fuckery isn’t something I can ever imagine — until Quinn writes about it. She captures the deep sensual sadism that I recognize in my own life and makes me wish for a little of this, too.

The strong smell of pine hits me when I let myself into our flat, and I grin. If I can smell pine, my loveperson must be back, and I will soon be able to bury my face in something I love even more than Christmas trees. After a week, I’m desperate to push my nose in the hair above my partner’s cock and inhale deeply. Keep reading.

A Treat for Santa by Blue Submission

“Hold still, you’re fidgeting”, He grabbed my wrists and steadied them against His bare chest as He wrapped a red nylon rope around them, securing them tightly together in front of me. Keep reading.